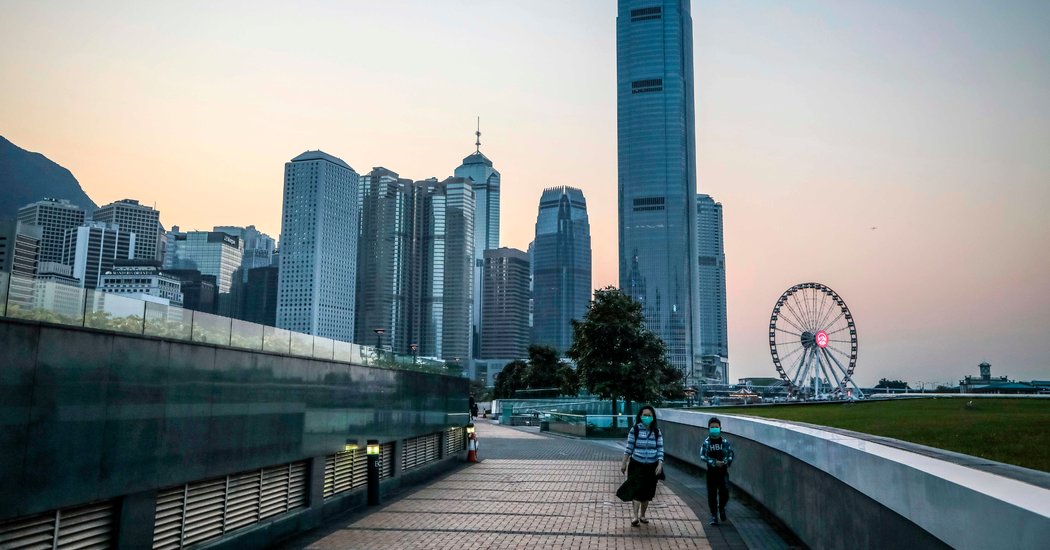 [Race affects our lives in countless ways. To read provocative stories on race from The Times, sign up here for our weekly Race/Related newsletter.]

My 1st vacation to China was in 2017. I frequented the French Concession in Shanghai, admiring the several London airplane trees. I strolled the Bund, the city’s waterfront promenade, hunting out around the Huangpu River. I went to Beijing to see the Forbidden City and hiked aspect of the Wonderful Wall, which was far more demanding than I experienced expected.

But no make a difference the place we went, I found a thing, even as a result of the fog of jet lag: I was staying stared at. A single afternoon as I stood on a sidewalk in Shanghai, a passenger on a bus pointed at me and laughed. It was a reminder that I was the only black woman in a sea of Chinese faces, and that for lots of, I did not belong.

I returned from my second journey to China fewer than two months back. In mid-February I went to sign up for our group in Hong Kong, where The New York Instances has been covering the coronavirus outbreak considering that it was initial uncovered in the city of Wuhan. This time, I noticed some Westerners who I thought ended up becoming insensitive toward the Chinese.

Most everyone in Hong Kong wears a mask these days, which felt to me like an act of solidarity and a image of the city’s hard work to battle the virus as a community.

It was jarring to see lots of foreigners not carrying masks when the frustrating majority of the Chinese populace regarded as wearing them a serious make any difference of public health. Not sporting a mask, in my perspective, was a indicator of cultural insensitivity. It even strikes me now as an early echo of the tendency of some to label the coronavirus the “China virus.”

China will continue to dominate headlines in the coming months and months, and I’m grateful for my expertise in the region. I system to use it to guide me as we include this story — the biggest of my profession — and to aid me feel about what would make us diverse and how vital it is to be sensitive about individuals distinctive social and cultural markers.

From Hong Kong, I viewed in horror as the coronavirus distribute across the environment. In a pandemic, our dissimilarities matter very very little. We all can get ill, and the only way to fight it is with each other.

We’d like to hear from you. Has the spread of the coronavirus manufactured you a lot more sensitive to cultural distinctions? E-mail us your views at racerelated@nytimes.com. We may possibly use your tale for an upcoming article.

Invite someone to subscribe to the Race/Similar publication. Or email your thoughts and solutions to racerelated@nytimes.com. Race/Associated is a publication focused on race, identity and society. It is revealed weekly on Saturday mornings at 7 a.m. and edited by Lauretta Charlton.