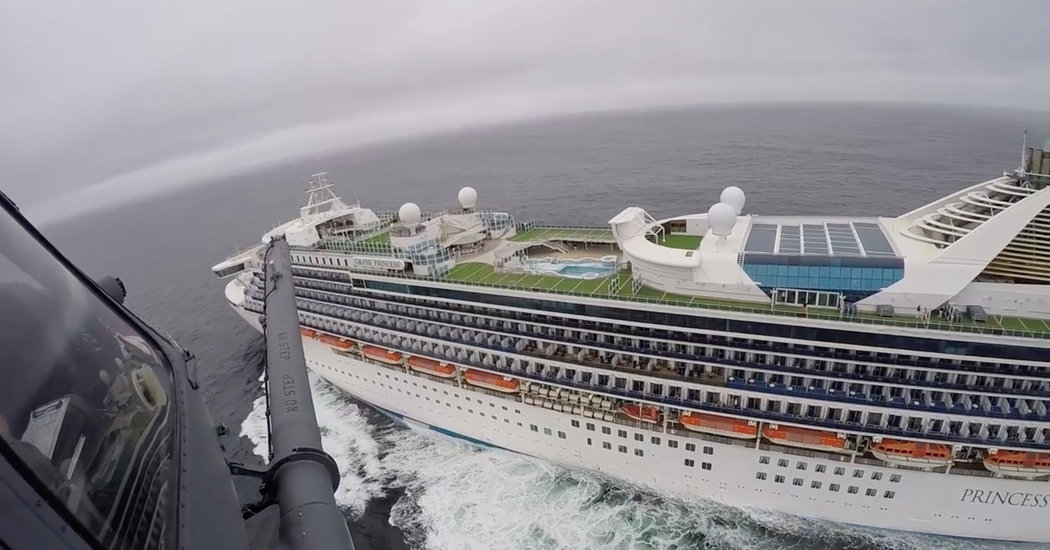 (If you don’t already get California Today by email, here’s the sign-up.)

News about the coronavirus outbreak continued to spur anxiety around the world on Thursday, dominating conversation in California, even as Senator Elizabeth Warren dropped out of the presidential race and the results of California’s elections further crystallized. (Ms. Warren, as of Thursday afternoon, had notched about 12 percent of the vote in the state.)

A day after Gov. Gavin Newsom declared a state of emergency as a result of the outbreak, six new cases were announced in Santa Clara County, bringing the total there to 20, while two cases were confirmed in San Francisco.

The first person to die from the virus in California, a 71-year-old man in Placer County, had previously traveled on a Grand Princess cruise ship, now idling off the coast.

And on Thursday evening, according to The Mercury News, Sunnyvale officials said city emergency medical workers may have been exposed to the virus after administering aid to a man they later learned had been on a cruise with two people who were suspected of having the virus, although it wasn’t immediately clear if it was the same cruise. The man died.

Passengers described a kind of pressure cooker atmosphere: Things were generally calm, but getting more stressful as they waited to learn whether they would be quarantined aboard.

In communities around the state, life moved along, but people were on edge.

The Los Angeles Times reported that sheriff’s deputies were called to a Chino Hills Costco when customers got unruly after finding that water, paper towels and toilet paper were out of stock.

A San Francisco High School closed midday after the family member of a student tested positive for the virus, according to The San Francisco Chronicle — even though local public health officials didn’t recommend the closure.

Nurses begged for protective gear and better planning on the part of their employers, my colleagues reported.

And in Silicon Valley, tech giants told employees to work from home.

Officials warned of an unsettling possible new reality, in which “extreme social distancing” might be necessary, resulting in big sporting events being played without spectators.

But experts and leaders alike continued to emphasize that risks were low if people take basic precautions. And please, please: Don’t panic.

Here’s what else you should know:

[Follow all the latest updates about the coronavirus outbreak from Times journalists around the world.]

We often link to sites that limit access for nonsubscribers. We appreciate your reading Times coverage, but we also encourage you to support local news if you can.

Read more about why the census is important, and why officials are worried about an undercount in California. [The New York Times]

If you missed it, here’s why students are protesting. [The New York Times]

California Today goes live at 6:30 a.m. Pacific time weekdays. Tell us what you want to see: CAtoday@nytimes.com. Were you forwarded this email? Sign up for California Today here.

Jill Cowan grew up in Orange County, graduated from U.C. Berkeley and has reported all over the state, including the Bay Area, Bakersfield and Los Angeles — but she always wants to see more. Follow along here or on Twitter, @jillcowan.