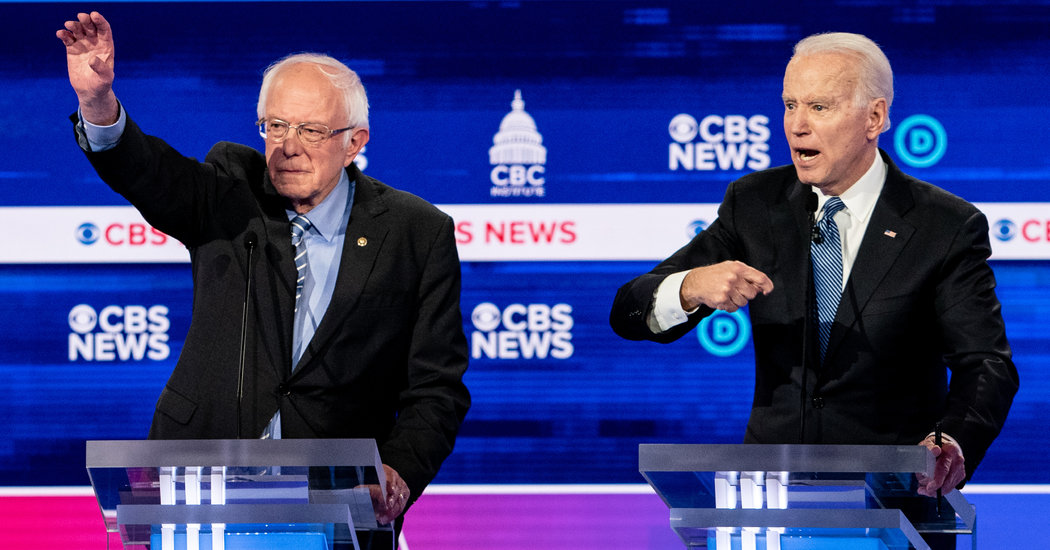 It’s no surprise, since everyone else except Representative Tulsi Gabbard of Hawaii has dropped out of the race, but the Democratic National Committee made it official Friday afternoon when it released qualification guidelines for the party’s March 15 debate in Phoenix.

To score an invite, candidates will be required to have won at least 20 percent of the total number of pledged delegates in the 28 jurisdictions that will have held primaries and caucuses by debate day — or about 374 delegates each.

Mr. Biden and Mr. Sanders have each won more than 500 delegates already. Ms. Gabbard, who has won only two delegates so far — from the American Samoa caucuses — would need a drastic improvement in her fortunes to qualify.

The March Democratic debate, which will be sponsored by CNN and Univision, will be the first since the rapid narrowing of the field over the past week. Five candidates who participated in the last debate, held on Feb. 25, have since ended their campaigns, dropping out after Mr. Biden’s commanding victory in South Carolina or the Super Tuesday contests.

The new D.N.C. debate rules eliminate requirements that candidates meet specific polling thresholds to qualify. Earlier rules that stipulated the number of donors a candidate must have were done away with before the party’s February debates in New Hampshire, Nevada and South Carolina.

The February debate rules allowed any candidate who had accrued even a single delegate from the early states to participate, giving fans of Ms. Gabbard some hope on Tuesday when she won her two delegates from American Samoa. But D.N.C. officials said as those results rolled in that the qualifying thresholds were certain to increase for the March debate.

The party has said that a debate will be held in April as well, though it has not been scheduled.