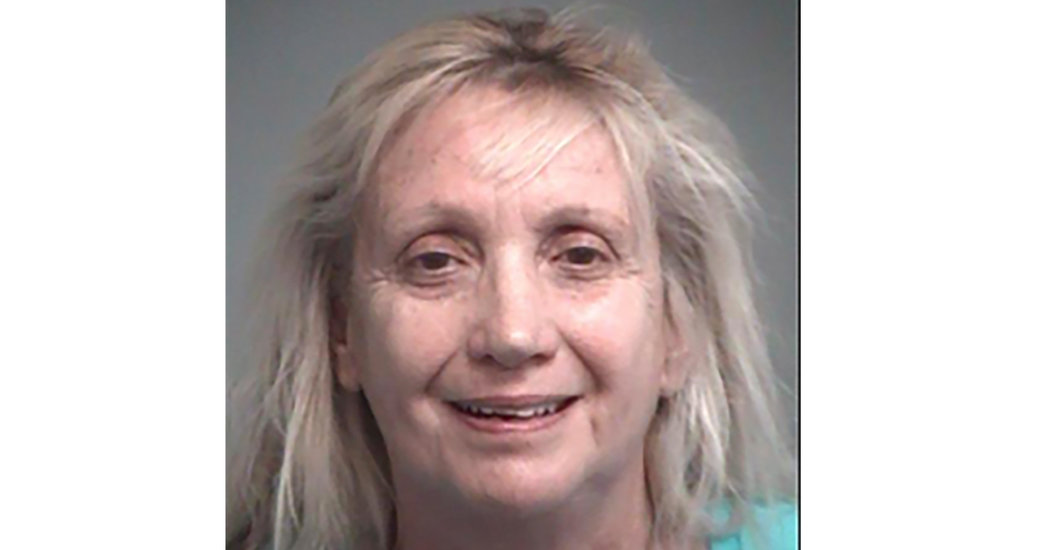 A Florida woman was charged on Thursday after officials said she filled out 10 voter registration forms with false information, at least six of which enrolled Democratic and independent voters in the Republican Party without their consent.

Alan Hays, the supervisor of elections in Lake County, Fla., near Orlando, said that although Ms. Hall was charged with submitting 10 false voter registration forms, he believes she might have submitted another 109 forms with false information.

Some forms submitted by Florida First contained faulty information in handwriting that did not match Ms. Hall’s, he said, leading him to believe that others at the organization might have also falsified voter information.

Mr. Hays said he could not speculate on Ms. Hall’s motive, and was continuing to investigate to ensure the integrity of the county’s voter registration system. Florida holds its presidential primary on March 17, and Lake County began early voting on Thursday.

“It has absolutely nothing to do with party politics,” said Mr. Hays, a Republican. “If you’re misbehaving, I’m going to call you on it.”

Mr. Hays said the false information came to his attention after three voters contacted his office late last month, complaining that they had received cards stating that their party registration had been changed, even though they had never made such a change.

The registration forms that switched their party affiliation were stamped with a number belonging to Florida First, and when he contacted the group, it traced the forms back to Ms. Hall, he said.

Although the forms contained the correct names of voters, their dates of birth, Social Security numbers and other details were incorrect and automatically flagged by the county election database as unverifiable, he said.

“It’s just really bizarre,” Mr. Hays said. “I don’t know what part of her imagination was convinced she could get away with this.”

Ms. Hall was charged with 10 counts of submitting false voter registration information and released on $20,000 bond on Thursday, according to the Lake County Sheriff’s Office.

At least six of the forms were of Democrats or independents who had their party affiliation changed to Republican, Mr. Hays said. The others had their signatures or other details falsified, he said.

“We don’t know what she was hoping to accomplish,” said Lt. John Herrell of the Lake County Sheriff’s Office, adding that it “certainly does not appear” that Florida First did anything wrong. Ms. Hall, he said, may have simply gone “off the rails.”

No one answered at a phone number listed for Ms. Hall, and it was not immediately clear if she had a lawyer.

She is due back in court on March 30 and has not entered a plea, the sheriff’s office said. Submitting false voter information is a third-degree felony, punishable by a $5,000 fine or up to five years in prison, Mr. Hays said.

Kelly Sadler, a spokeswoman for America First Policies, referred questions about the charges to Florida First, but confirmed the organization is a “big donor” to the Florida group.

Elicia Babac, Florida First’s state director, said in a statement the group was “actively working with the Lake County Supervisor of Elections to ensure every voter is properly registered to vote.”

“Florida First will continue to work tirelessly to serve communities that may be underrepresented, and provide them access to voter registration services,” Ms. Babac said, adding that the group was working with county officials to “ensure there are no additional irregularities.”

Ms. Hall was working as a part-time employee, Ms. Babac said. Florida First has advertised that it pays $15 to $18 an hour to voter registration canvassers “who believe in the conservative principles of limited government, keeping taxes low and that an overly intrusive Federal government has a negative impact on our citizens.”

At a news conference on Wednesday, Mr. Hays said he wanted voters to know that even if unauthorized changes were made to their registration files, they could still cast a provisional ballot and election officials would ensure that every eligible vote was counted.

“The real takeaway nugget was, ‘Folks, we want you to know we’re on top of this situation,’” Mr. Hays said. “If you find your record has been altered, the integrity of our voting database is still intact.”