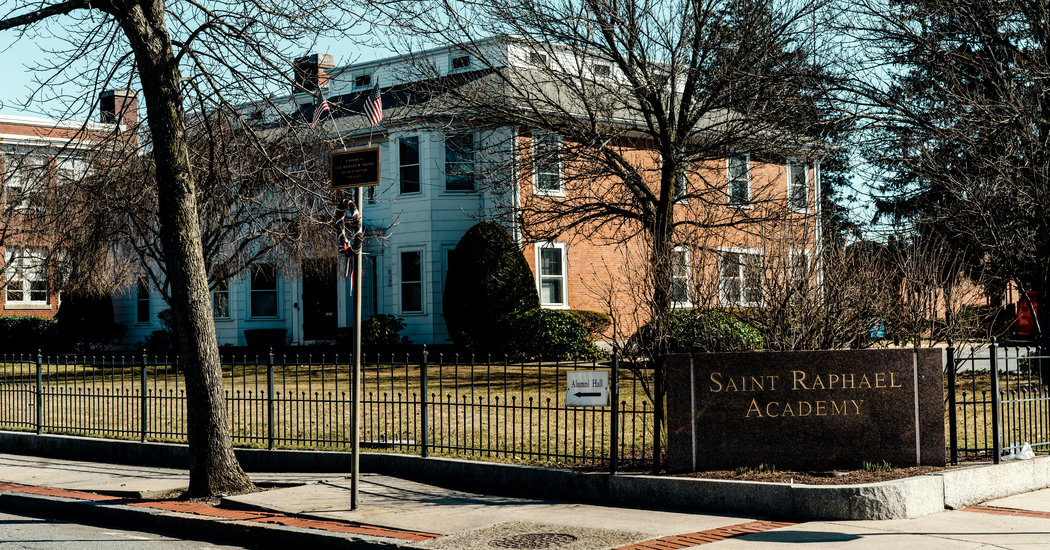 SAN FRANCISCO — After months of training and competition, the girls’ soccer team at Lowell High School in San Francisco could taste another title.

The players were on their home field last Thursday, preparing to play a state semifinal game, when Lowell’s coach gathered her team. But this was not a final pep talk. It was bad news.

The entire school of 2,700 students was closing until further notice after a student’s parent had tested positive for the novel coronavirus. The game was off. The team would have to forfeit and give up its chance to win a third consecutive state championship.

“The fact that something so out of our control ruined our chances of advancing really sucks,” said Sarah Ginsburg, 16, a junior forward.

As the virus continues to spread across the country, more and more schools are choosing to close their doors in an effort to protect their students. That has elicited an array of emotions, from fear to frustration, as well as a host of questions from parents and students. If there is an outbreak, there could be widespread, long-term school closures, and that has caused concerns over how it will affect learning, burden families and upend communities.

Lowell, part of the San Francisco Unified School District and one of the state’s highest- performing schools, was the city’s first public school to close.

On Saturday, the Elk Grove Unified School District, Northern California’s largest, announced it was closing for at least a week after a relative living with multiple students in the district tested positive for the virus. The district has 63,000 students spread across 67 schools in the Sacramento area.

In the Seattle area, there have been several short-term school closures for cleaning. But the Northshore School District, after several individual school closures, announced it was closing the entire district for up to two weeks. Its more than 23,000 students will convert to online learning in the meantime.

And at Saint Raphael Academy, a private Catholic school in Pawtucket, R.I., administrators announced that the school would be closed this week after chaperones and a student who had traveled to Italy on a school trip tested positive for the virus.

The situation is “like a huge snowstorm or a hurricane, in that it requires calm, and it requires people to dig deep and look out for each other, but it’s different,” said Holly Taylor Coolman, 53, whose two teenagers at the school will now be switching to “virtual learning” for the next two weeks. “I’m trying myself to really look for the positives,” she said.

It is not clear how effective school closings are during virus outbreaks, said Dr. Jeff Duchin, health officer for the Seattle and King County Public Health agency. Diseases spread faster among people in close quarters, a factor that often drives decisions to close schools. But schools in the Seattle area closed during the H1N1 pandemic a decade ago, and “we saw tremendous community disruption,” Dr. Duchin said.

Students continued to gather elsewhere, he said, and parents were burdened by having to stay home from work. Among them were health care workers who were unable to provide care because they had to attend to their children.

Many lower-income students also rely on schools for meals. Officials in New York City have said that they would close the public schools there only as a last resort, in part because about 114,000 students in the school system are homeless and may have nowhere else to get hot meals, medical care or even a place to wash their dirty laundry.

State and federal officials have yet to require school closures, so for now the decisions are in the hands of individual districts and schools

The Northshore district in Seattle made its decision to close after King County officials recommended that people 60 years of age or over, those who have medical conditions and pregnant women stay home. The over-60 population alone accounted for 500 employees in the district, including teachers, cafeteria workers and bus drivers.

Now parents and students are adjusting to their new reality for the next two weeks.

For Erin Peistrup, the mother of two school-aged children in the Northshore district, the sudden closure was manageable, if unwanted. She is a stay-at-home parent, a luxury that many other families don’t have. The district said it was looking for ways to assist at least 250 families who said they needed help with child care.

Ms. Peistrup gave her 12-year-old sixth grader Thursday off as an “Xbox day,” but on Friday began getting ready for online classes to start on Monday. They checked out an extra laptop for her 7-year-old second-grader and moved a card table into his room, so that he and his older brother would not pester each other while they were supposed to be paying attention to school online. “He is just so excited to be playing school at home,” Ms. Peistrup said. “He has taped all of his logins and passwords on the wall.”

Her son’s excitement aside, Ms. Peistrup said she was managing her own expectations and hoping that her children could spend their home recess with her neighbors’ children.

Some parents were expressing frustration that the situation had arisen to begin with.

Some parents with children at Saint Raphael Academy in Rhode Island said they wondered why the students and chaperones who went on the trip to Italy were not more quickly quarantined after they returned.

On Feb. 22, a chaperone, a senior administrator in his 40s, was ill after coming home from the trip and did not report to school. The Rhode Island Department of Health became aware of his case on Feb. 26, officials have said, but did not have the capacity to test for coronavirus until Saturday, Feb. 29.

In the meantime, those who had also gone on the trip, including a teenager who later tested positive, were circulating on campus.

After news of a possible exposure, the group that went on the trip went under self-quarantine, which ended Saturday. A second and larger group which was exposed to those people, representing around one-quarter of the student body, is also under a two-week self-quarantine.

Suzanne Arena, whose 16-year-old daughter attends the school, has complained about the state’s slow pace in releasing information about the risk of infection.

The teenage rumor mill was so active that she learned of the suspected case when another school’s cheerleading team refused to compete against Saint Raphael’s on Sunday morning, for fear of being exposed.

“Imagine taking your daughter to a meet and having the other team say, ‘We’re not playing you because your faculty member has coronavirus,’” she said. “Is that normal? I expect more protection from my tax money that I pay to the Department of Health.”

If there was a lag in response in Rhode Island, the opposite might be said for Lowell.

At 2:14 p.m. on Thursday, Judy Chan Higa, who has two daughters at Lowell and another at a middle school in the district, received a two-sentence text message from the district: “Lowell HS is closing immediately. Phone call and email to follow.”

“It’s concerning but I’m not paranoid about it,” she said, adding that as a geriatric nurse, she had been preparing for the coronavirus to hit the wider community.

The district has not identified the student whose parent tested positive, unnerving some students, said Kelly Higa, a 17-year-old junior at Lowell and one of Ms. Chan Higa’s daughters.

“It’s really scary because nobody knows who the student is, so everybody’s unsure if you have a class with the student or share a classroom from a different period,” she said. “We’re not sure how much contact we’ve had with that student.”

District officials said the student had not shown any symptoms. The district was doing “enhanced cleaning” at Lowell, a district spokeswoman said in an email.

Sarah Ginsburg, the soccer player, said she believed the district overreacted by forfeiting their soccer game. Their opponents from Chico had already been on the field and shared a bathroom with them, she said, so it seemed too late to avoid any exposure.

“The hysteria can be more detrimental than the virus itself,” she said.

The disruptions to schools have extended into the community as well, with some families saying they felt ostracized because of their connection to the virus.

Daniel Richard, the principal at Saint Raphael, sent an internal email to students and parents describing an incident at a restaurant where he had dinner with his wife. He said he wore a school jacket, and started getting glares from fellow diners. When someone approached him, he explained that he was not among those being quarantined, so he posed no particular risk to the community, he wrote in the email, which was posted on social media.

“As a faith-based school,” he wrote, “we need to remember to treat others respectfully even when we are the target of their misguided comments.”