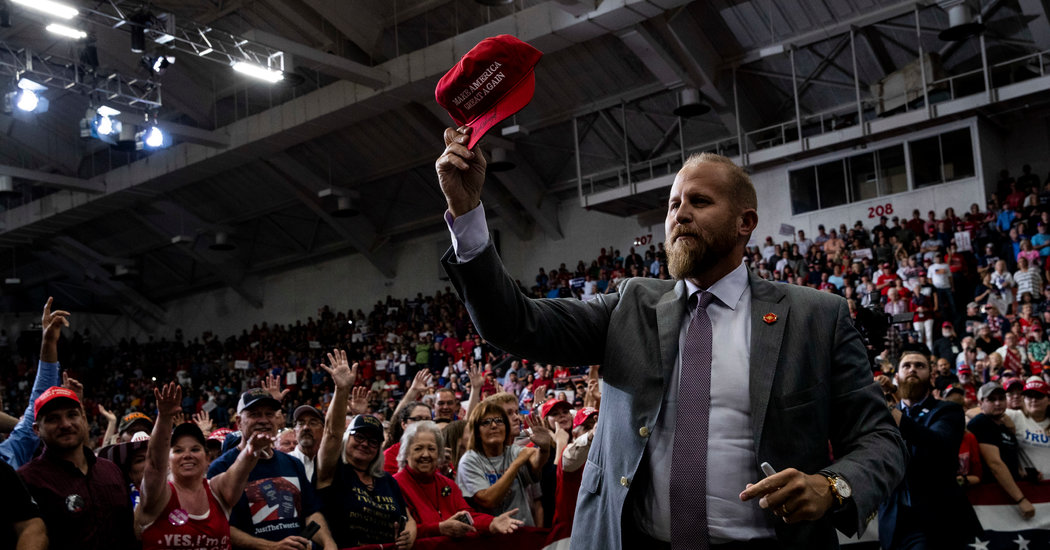 A company called Excelsior Strategies, run by employees at Mr. Shields’s firm, Convergence, was contracted to rent Mr. Trump’s crown jewel, his list of some 20 million donors; Mr. Shields said that only the campaign profited from the arrangement. And Opn Sesame, a start-up run by Gary Coby, a Parscale protégé, is being paid $200,000 to $300,000 a month through the R.N.C., according to campaign filings.

When the Trump campaign’s digital operation recently moved to its own floor at the campaign’s Northern Virginia headquarters, much of it was being run by Mr. Coby, who recently merged his operations with the R.N.C.’s data team. Opn Sesame’s specialty is texting voters, a burgeoning and lightly regulated field that is expected to be a factor in the 2020 campaign.

To allay Mr. Trump’s concerns, tens of millions of dollars worth of campaign advertising that once ran through Parscale Strategy has been redirected to a new company, American Made Media, which is run by a Parscale lieutenant. There are no public records detailing the company’s financial structure; Mr. Parscale and other advisers said they did not profit from it. Mr. Parscale has declined to provide detailed accounting of his network of interlocking businesses, and has told associates he follows Mr. Trump’s directive, relayed through Ms. McDaniel, that he make no more than $700,000 or $800,000 for his campaign work.

Even to insiders, the campaign’s activities can seem opaque.

Last fall, Mr. Pence’s office scheduled his first visit to the headquarters, to get a firsthand look. But when the day came, Mr. Parscale canceled, even though the visit was already on the vice president’s official schedule. Mr. Parscale, who spends much of his time working from his Florida home — though he recently said he would relocate to Washington — told Mr. Pence’s office that the campaign’s landlord had vetoed the idea, fearing a vice-presidential visit would disrupt other tenants. Mr. Pence was puzzled not to learn sooner, and the visit has not been rescheduled, two officials with knowledge of the episode said.

For the moment, such concerns are muted as the Trump campaign, the R.N.C. and other affiliated committees raised $155 million in the final three months of 2019, a 23 percent increase over the previous quarter that was buoyed by the impeachment proceedings. The digital operation overseen by Mr. Coby and Mr. Parscale has been developing a series of new products, including a news app for volunteers to dole out Trump-friendly content, republish Trump-world tweets and raffle MAGA hats. An arm of the campaign has also hired a company called Phunware, which specializes in tracking cellphone locations; a senior campaign official said the company was hired to develop an app, not track people.

The Democrats are trying to regroup, but their efforts have been scattershot. A year ago, the party installed its former chairman, Howard Dean, to create a Data Trust for the left, but the momentum around the venture has lagged.