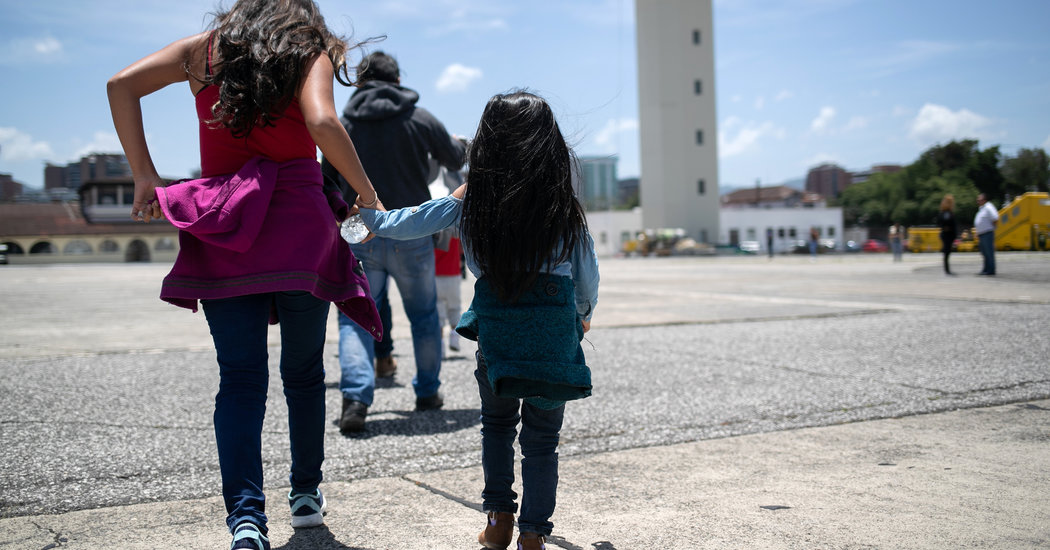 In the brief, the asylum officers said enforcing the policy violated their oath. The State Department’s own country condition reports on Guatemala warn about rampant gang activity and high levels of violence. The country’s asylum system is also feeble compared with that of the United States; the migration office there reported that in 2018, a staff of eight processed only 262 requests for refuge.

The Department of Homeland Security did not immediately respond to a request for comment.

Migrants at the southwestern border also no longer have a chance to relay their claims to asylum officers, according to the court filing. Before the policy took effect, an asylum seeker would normally be detained and then speak with an officer who would assess the migrant’s fear of returning to his or her home country.

Migrants eligible to be deported to Guatemala receive no such screening.

They are instead given a “tear sheet,” where they must indicate whether they fear persecution in Guatemala. Any migrant would then need to show that he or she is “more likely than not” to face such danger if forced back there.

“What was once a leading light in the international refugee protection system is being transformed into a refugee deterrence system,” said Michael Knowles, a spokesman for the National CIS Council. “That’s horrifying to us and should be to any patriotic American.”

The Trump administration has credited the accord, as well as a policy that forces migrants to wait in Mexico as their cases are adjudicated, with quelling an increase in migration and relieving overcrowded detention facilities. (That policy, known as “Remain in Mexico,” was also the subject of another court filing on behalf of the asylum officers’ union.)

An appeals court in California on Wednesday granted the administration’s request to allow the restrictions to stay in effect for another week until the Supreme Court reviews them.

Mark Morgan, the acting commissioner of Customs and Border Protection, said on Thursday that the administration would also soon enforce a deal with Honduras that will deport asylum seekers there.

“I’m literally waiting to get the word any moment,” he said.