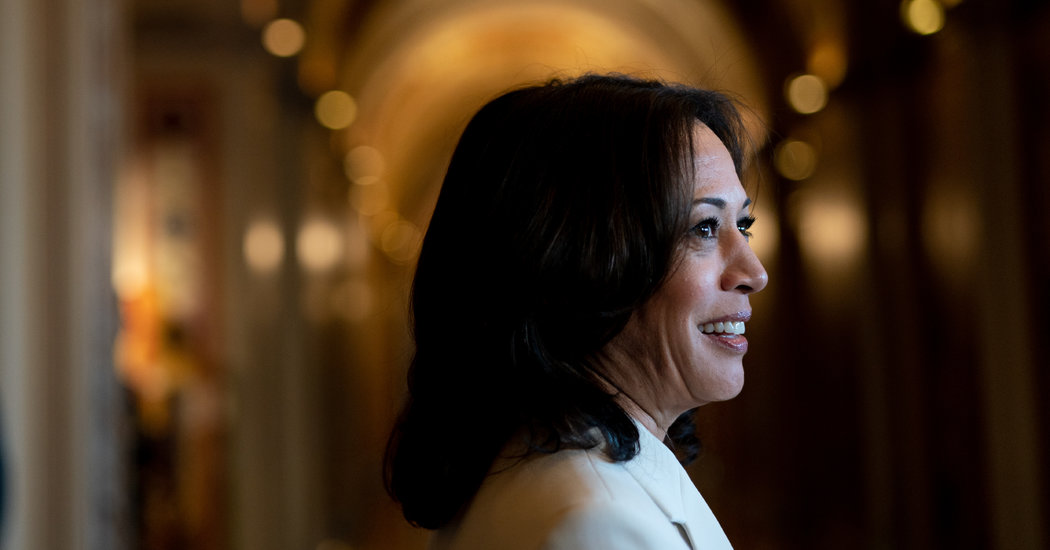 Senator Kamala Harris of California endorsed former Vice President Joseph R. Biden Jr. for president on Sunday, becoming the latest of his formal rivals for the Democratic nomination to get behind his presidential bid.

“I have decided that I am with great enthusiasm going to endorse Joe Biden for president of the United States,” Ms. Harris said in a video posted to Twitter. “I believe in Joe. I really believe in him, and I have known him for a long time.”

In a tweet, Mr. Biden expressed gratitude and invoked his late son, Beau Biden, who served as Delaware’s attorney general when Ms. Harris held that post in California: “Kamala — You’ve spent your whole career fighting for folks who’ve been written off and left behind — and no small part of that alongside Beau. From our family: thank you.”

Ms. Harris is certain to draw speculation as a potential running mate for Mr. Biden.

Ms. Harris made her endorsement after the primary race narrowed to what is effectively a two-person race between Mr. Biden and Senator Bernie Sanders of Vermont. Moderate-leaning Democrats have rapidly coalesced behind Mr. Biden, whose campaign has been rolling out new endorsements seemingly nonstop in recent days.

In a written statement about her endorsement, Ms. Harris noted the absence of a top female candidate in the primary. “Like many women, I watched with sadness as women exited the race one by one,” she said, adding that “we find ourselves without any woman on a path to be the Democratic nominee for president.”

“This is something we must reckon with and it is something I will have more to say about in the future,” Ms. Harris added. “But we must rise to unite the party and country behind a candidate who reflects the decency and dignity of the American people and who can ultimately defeat Donald Trump.”

Ms. Harris’s endorsement was announced five days after Super Tuesday, when Mr. Biden captured 10 of 14 states, and ahead of another round of contests two days from now in six states, including Michigan.

Ms. Harris said in her video that she would be in Detroit on Monday night, when Mr. Biden is scheduled to hold an event there.

For Ms. Harris, though, the decision is particularly striking, because one of the biggest moments of her campaign was a forceful debate-stage exchange with Mr. Biden.

“It was hurtful to hear you talk about the reputations of two United States senators who built their reputations and career on the segregation of race in this country,” she said in June during the first Democratic debate.

“And it was not only that, but you also worked with them to oppose busing. And, you know, there was a little girl in California who was part of the second class to integrate her public schools, and she was bused to school every day. And that little girl was me.”

The exchange gave her a lift in the polls and a temporary burst of momentum that she was not able to sustain.