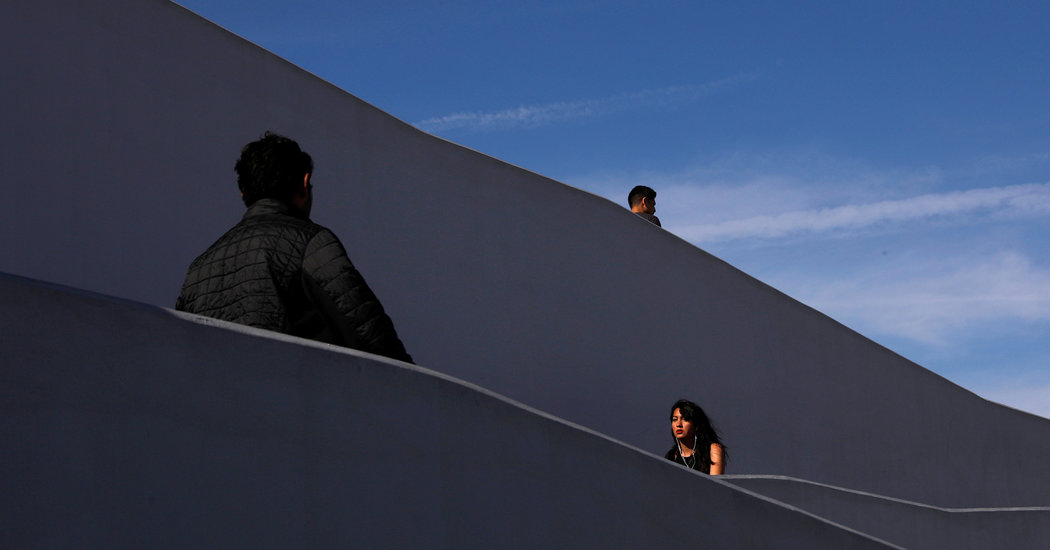 WASHINGTON — The Trump administration will deploy 160 troops to two ports of entry along the southwestern border before a Supreme Court decision that officials fear could prompt large crowds of migrants to seek entry into the United States.

Under authority that President Trump granted in 2018, Customs and Border Protection will send two teams of 80 military police, engineers and aviation units to San Ysidro, Calif., and El Paso, as the Supreme Court considers the legality of an administration policy that forces asylum seekers to remain in Mexico as their cases are adjudicated.

Senior officials at the agency said on Friday that the move was a response to migrants who crowded the entry points last Friday when an appeals court in California said the policy was illegal and ruled that asylum seekers must be allowed into the United States.

The decision by the Federal Court of Appeals for the Ninth Circuit to block the so-called Migrant Protection Protocols was stayed within hours to allow the government time to appeal the ruling. The appeals court on Wednesday granted the Trump administration’s request to keep the restrictions, more commonly known as “Remain in Mexico,” in effect until Wednesday, when the Supreme Court decides whether to hear the case.

If the Supreme Court declines to hear the government’s appeal of the Ninth Circuit’s injunction, the appeals court’s decision to block the policy will take effect on Thursday, although only in the border states within its jurisdiction, California and Arizona. Even though such a decision would not affect Texas, officials said the military was needed there in case migrants rushed the entry point.

Customs and Border Protection has been able to deploy “crisis response forces” since November 2018, when hundreds of migrants approached the border in San Diego, prompting the agency to close the border crossing and fire tear gas to push back migrants. The military was not involved in that clash.

The officials, speaking on the condition of anonymity to brief reporters on the plan, said the troops would start the temporary assignment on Saturday and remain in place for at least two weeks. They will not conduct any immigration processing or enforcement, officials said.

They said the military teams were there to ensure the flow of traffic between the ports in the event that the “Remain in Mexico” policy is again overturned. The Customs and Border Protection officials declined to say whether the military would at any point forcibly remove migrants from the ports.

Lt. Col. Chris Mitchell, a Defense Department spokesman, said the active-duty troops would be placing temporary barriers at the ports of entry and “provide force protection” for the border officers.

More than 5,000 active-duty troops and members of the National Guard are already stationed at the border to secure ports of entry, hold training sessions, provide support at holding facilities and help with border wall construction. An internal document from the Department of Homeland Security concluded in November 2018 that the probability of American border officials facing violence at the southwestern border was “minimal.”

The “Remain in Mexico” policy has been one of the more consequential border policies that the Trump administration has enacted. It has forced around 60,000 migrants, many fleeing violence and persecution, to wait in Mexico where they have been subject to kidnappings and cartel violence.