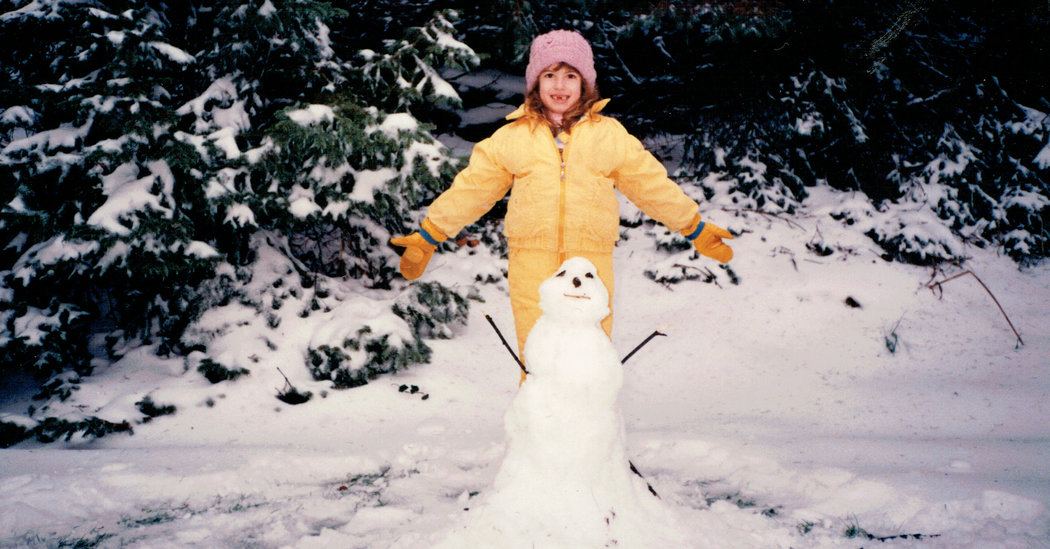 A snow day is the most random of childhood holidays, bestowed from above, with no way to plan for it other than having your sled on standby.

For many parts of the country, this has been an unusually mild winter, and snow days have been rare. But on Wednesday, families in Chicago, Detroit and places across the Midwest were tuning their radios, turning on their televisions and checking their cellphones to learn if the two to eight inches of snow in the forecast would close their schools.

But what constitutes good news in that moment is a matter of dispute: Children protest that a single snowflake is reason enough to cancel class. Parents insist they never got this many days off when they were young. And school administrators remind everyone that a snow day can cause disruptions that they are loath to unleash.

Those divides are the same today as they were years ago, but here’s a look at what has changed over time, from the frequency of snow days, to the effects of climate change, to online lessons making school inescapable.

Are there more snow days now?

There is no single database that records the number of snow days in the United States. If you swear that kids were tougher in your day and you had to walk to school through three-foot snowdrifts, uphill, both ways, we cannot prove you wrong.

But let’s take a look at some examples from around the country:

We asked Times journalists to share their snow day memories. 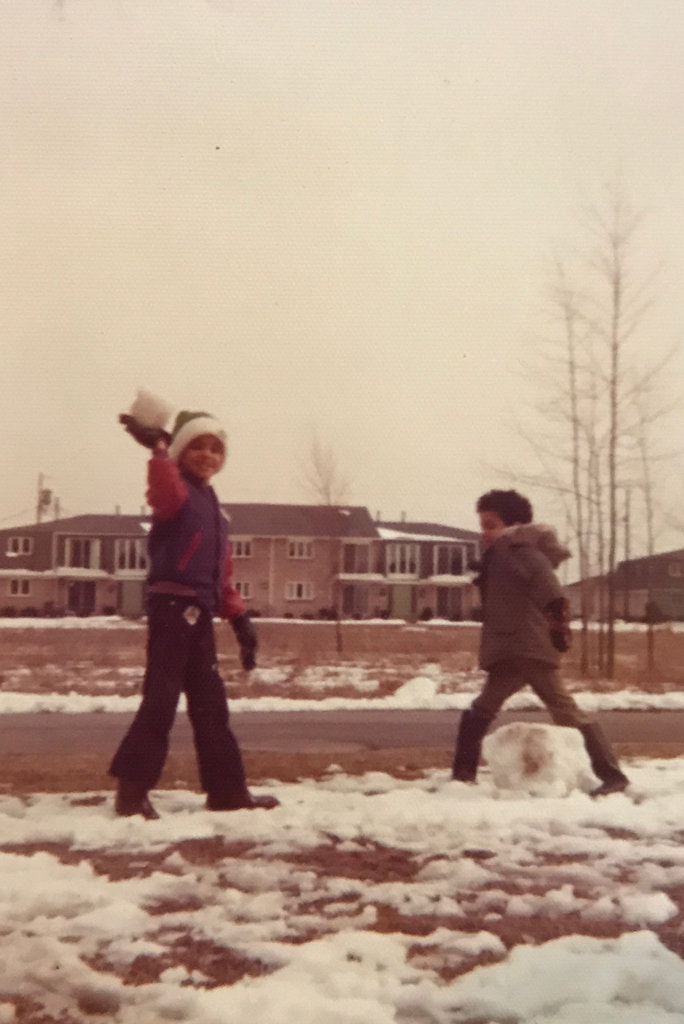 I spent some of my formative years in Jamaica, where snow was not a thing. But then, rather jarringly, we moved to the suburbs of Buffalo in time for one of the biggest blizzards the city had ever seen. I trudged to school through waist-high snow drifts, and I’m not just saying that. I did. And I swear that one time the drifts were over my head, and my mother knew I was coming home simply by seeing a red hat moving through the piles of white.

What’s worse: A foot of snow in Michigan, or an inch in Georgia?

From Hancock, Mich., where there is snow on the ground nearly 200 days a year but schoolchildren rarely get a wintry day off, to tropical Miami, where a “hurricane day” is more likely, one thing is clear to students: Life is not fair.

If you live in the snowier parts of the country, your state’s transportation department probably has the road-clearing drill down pat.

“We don’t call off school for snow when we get six inches,” said Steve Patchin, the schools superintendent in Hancock, in Michigan’s Upper Peninsula. “Sometimes not even for 12 inches.”

As a consolation, the elementary school has its own sledding hill.

Between Hancock and Miami are cities like Atlanta, which has had closings for both snow and tropical storms in recent years.

In January 2019, the city’s public schools and those in nine surrounding districts were shut down when just a couple of inches of snow were forecast.

The January storm fizzled, and far more time was lost at the beginning of that school year to another storm — Hurricane Irma.

“Irma was the big one,” said Kemith Thompson, director of operations for Clayton County Public Schools, which has 55,000 students on 66 campuses south of Atlanta. “It took us out for several days.”

As for winter, Georgia’s nemesis is not snow but ice. According to data from Clear Roads, a private group that collects information on winter preparedness, the state has fewer than 400 snow plows to clear interstates and other highways.

Minnesota, perhaps unsurprisingly, has more than double that amount. Pennsylvania and Maryland each have approximately 2,700 plows, but Wisconsin tops them all with more than 3,050 plows. 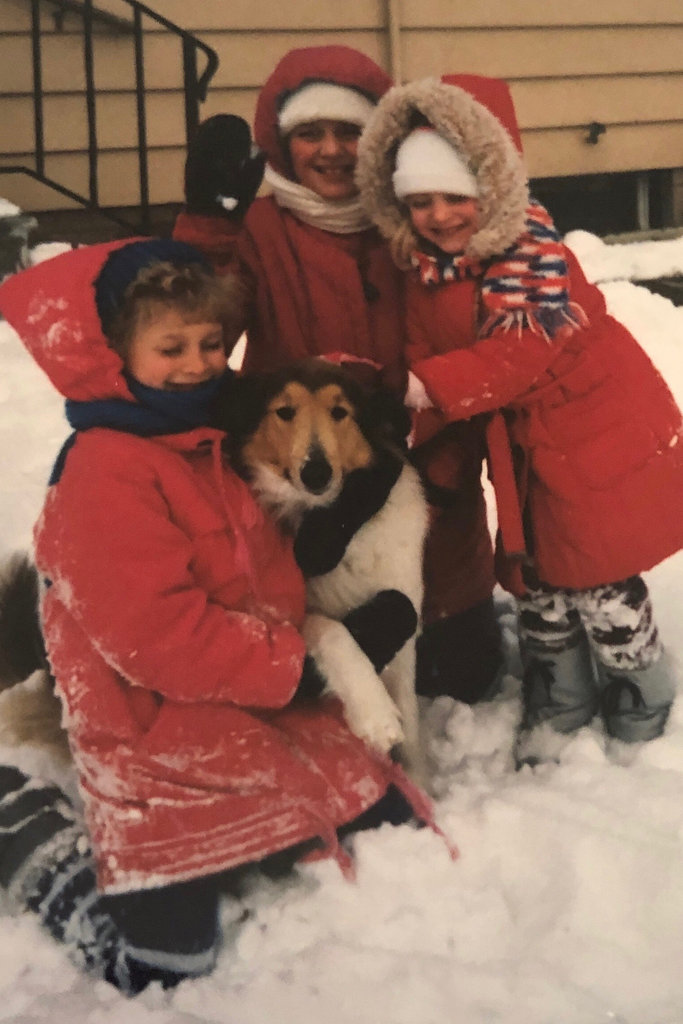 What are “snow days?” If it’s snowing, it can’t really be cold! In Wisconsin, we very occasionally had school canceled for “cold days,” when the wind chill went below negative 40 and creaky school buses failed to start.

Julie Bosman, left, with her sisters and Maggie the Collie

What about children who rely on school for meals?

The Georgia school closings offer a view into another side of snow days: hunger.

While some children can stay home and enjoy hot cocoa and “SpongeBob” marathons, others rely on their school for breakfast and lunch, five days a week. As many as 30.4 million students are now fed daily as part of the national school lunch program, up from about 22 million in 1970.

And there can be big differences in need within regions. In the Atlanta area, 11 percent of the 5,700 students in the city of Decatur are eligible for a free or reduced-cost lunch, compared with almost 93 percent of Clayton County.

In Clayton County, administrators try to give families a day’s notice of an impending closure so parents can line up alternative meals. “We’re looking at safety first,” Mr. Thompson said. 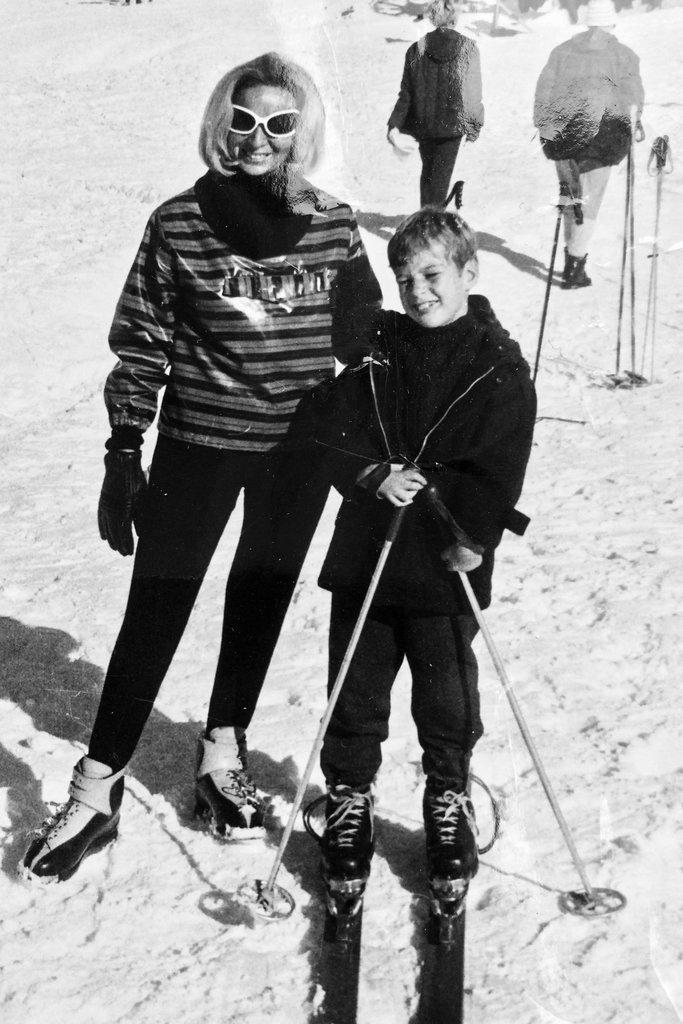 I vividly recall a snow day in 1976 in Manhattan when my father and I went to Central Park to throw a football around. On the way home, two kids nailed me in the back, hard, with icy snowballs from atop a bridge. My dad, a former C.I.A. agent and World War II paratrooper, immediately went into full operational mode: running up the hill, grabbing one of the kids and dangling him over the side of the bridge until both perps apologized.

Is climate change a factor?

Knowing that the planet is warming, you might expect fewer snowstorms. The National Climate Assessment tells us that the North American snow season is shrinking and that snow is gradually being shouldered out by rainfall.

“It means the average is warming,” she said. “There are still swings up and down.”

And because climate change is putting more moisture into the air, the snowfalls that do come can be extremely heavy. So climate change doesn’t mean that snow days are going away. 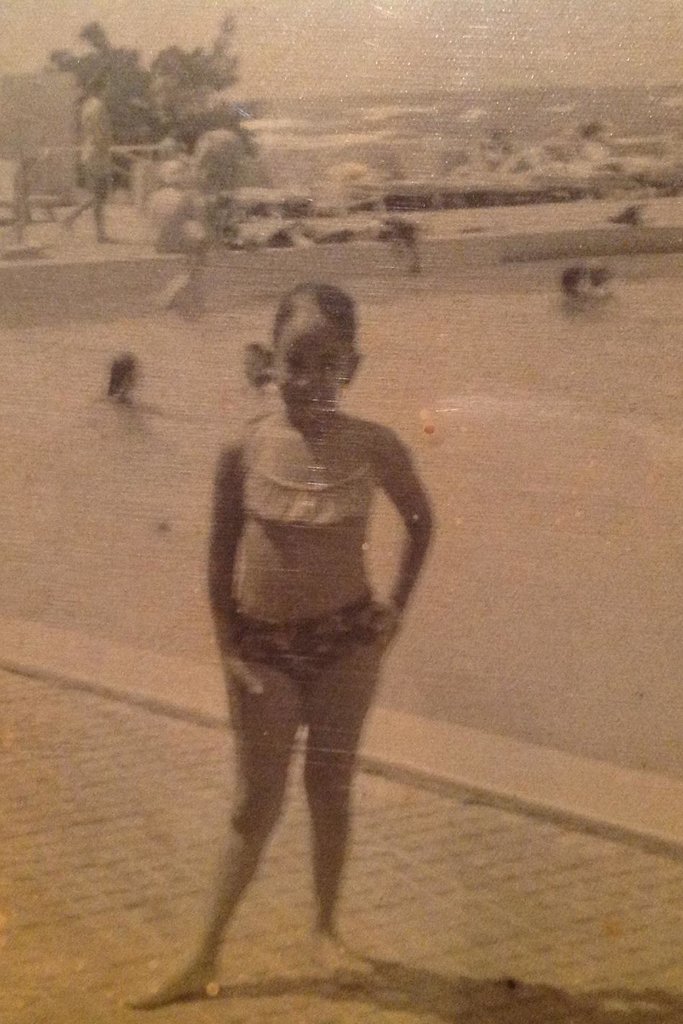 I have the distinct recollection of walking about a mile through Queens in my Catholic school uniform and purple leg warmers, freezing, thinking that my birth was an accident of geography. “My butt belongs in Puerto Rico,” the 10-year-old me thought.

Frances Robles, more in her element

Who makes the call to cancel classes?

In most places, it is the district superintendent. Some have their data points worked out well ahead of time, whether it is a number of inches of snow or a temperature at which children cannot safely wait outside for school buses or walk to school no matter how warmly they are dressed. For that reason, schools in Appleton, Wis., will close if the wind chill is expected to hit 35 degrees below zero for an hour or more in the morning, even if there is no snow on the ground.

And if the forecast calls for several inches of snow, a superintendent may know from experience that plows will not be able to clear the roads in time.

Mr. Patchin’s predecessor ended up closing schools in Hancock last year for two days when the wind coming in off Lake Superior hit 60 to 70 miles an hour and snow drifts on the roads quickly piled up to four or five feet.

“When you see they’re pulling the plows off the road, that’s how you know it’s bad,” he said. 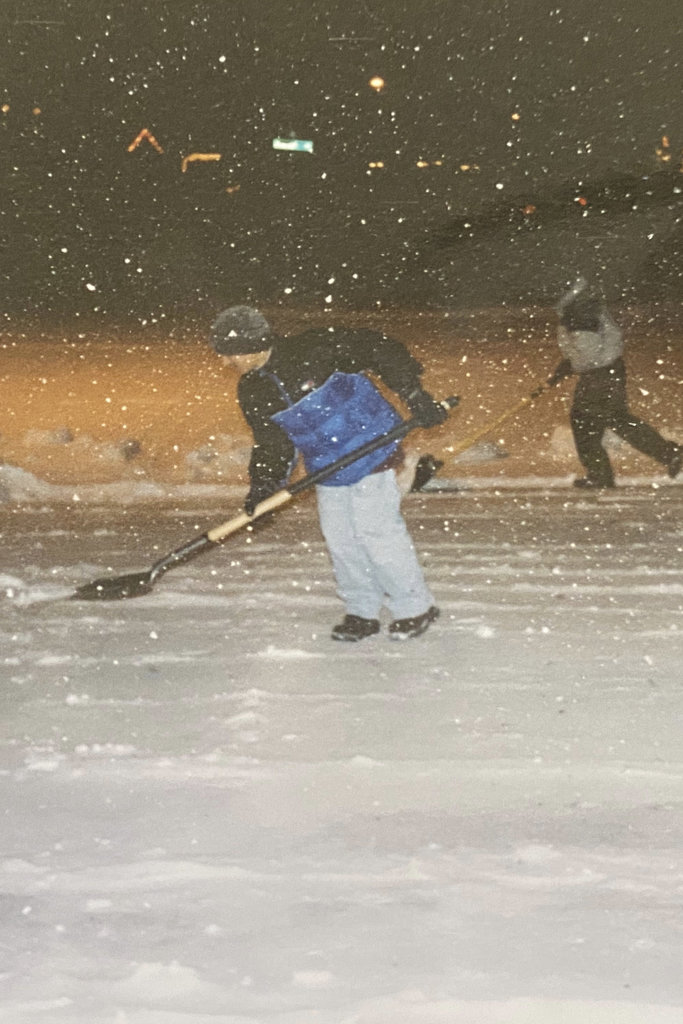 When my family moved from New Delhi to suburban Detroit, no one told us about snow days. So little 10-year-old me spent a long cold morning waiting at the bus stop while my mom watched from the window to make sure I was safe. After what felt like 40 minutes, a nice lady slowed her minivan and asked what I was doing. “Waiting for my school bus,” I said, and she replied: “Oh, honey, it’s a snow day. There’s no school. Go back home.”

Is a snow day worth trading for summer vacation?

Michigan sets a minimum of 175 days of school and builds six snow days into its calendar. If there are more than six snow days, it has to start clawing back time by canceling holidays or teacher training days.

However, Ohio, whose 611 individual districts collectively educate more than 1.8 million children, moved several years ago to simply requiring a certain number of hours of instruction.

Not having to “make up” snow days means that family vacations timed to spring breaks or to the end of the school year are not threatened; superintendents can simply add a half-hour or more to enough days remaining on the calendar to make up for any lost time.

Could students just work from home?

The wealth gap affects more than just meals; it also determines who can benefit from online programs designed to reduce the hours of learning lost to snow days.

New Hampshire allows school districts to use what it calls “blizzard bags,” packages of online assignments that can be completed at home to minimize the number of makeup days tacked on at the end of a school year.

In Derry, N.H., the school district allows for only one snow day off free and clear each year. If more days are canceled, students can be given five blizzard bag days before they have to add an extra day in class. If 92 percent of students complete their online assignments, it counts as a full school day.

“It only works when kids have access to the internet,” said Krissy Michaud, who teaches reading to first- through fifth-grade students there. “In Derry, all of my kids do.”

But in Nashua, N.H., where Ms. Michaud taught previously, “I had about 20 students at any one time, and at least four of them on average were homeless,” she said. “Even for those with internet access, often the parents weren’t around to help with their homework.”

How about letting a child have the final word?

Ms. Michaud said her oldest son’s school does not participate in the blizzard bag program, and last year he lost seven days of school to snow — all of which were tacked on at the end of the year.

“He’d rather have the time off in the summer,” she said.

That son, Aiden, 13, noticed that his own relationship with snow days has changed over the years.

When he was younger, and free of the chores a teenager can be expected to complete, he ate breakfast as fast as he could on a snow day and ran outside to sled and build snow forts.