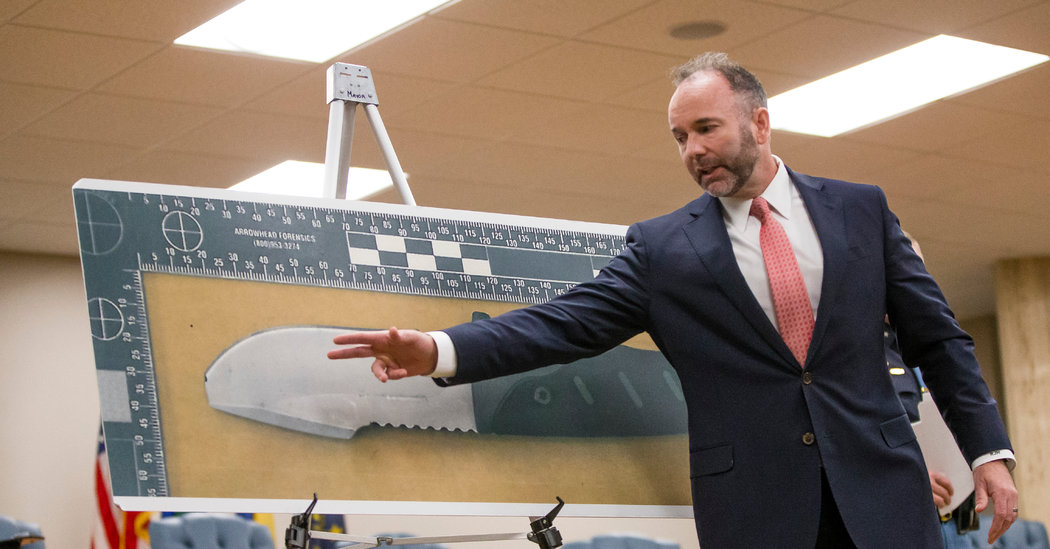 A police officer in South Bend, Ind., who fatally shot a resident last summer will not be charged, a prosecutor said Friday, capping a case that put a spotlight on the strained relations between Pete Buttigieg, then a presidential candidate and the mayor, and black residents in the town.

The shooting on June 16 of a black man by a white police sergeant led to a crisis for Mr. Buttigieg’s campaign and highlighted policing problems in the city. The officer, Sgt. Ryan O’Neill, did not have his body camera turned on when he shot Eric J. Logan, which residents criticized as representative of the department’s lax standards.

Richard J. Hertel, a special prosecutor who was appointed in July to investigate the shooting, said Friday that Sergeant O’Neill was justified in his actions because Mr. Logan, 54, whom the authorities have said was holding a knife, had posed an imminent danger.

“Based on this evidence, the state has determined that it cannot prove beyond a reasonable doubt that it was unreasonable for Sergeant O’Neill to believe deadly force was necessary to prevent Mr. Logan from inflicting serious bodily injury or committing a forcible felony against him,” Mr. Hertel said in a report.

The night of the shooting, Sergeant O’Neill was responding to a call about a man breaking into cars outside a South Bend apartment building. The authorities said Mr. Logan flashed a knife and lunged at the officer, who fired two shots.

Sergeant O’Neill won’t be charged in the shooting, but the prosecutor on Friday charged him with public indecency and misconduct for soliciting a prostitute a month before the episode.

He also faces charges of official misconduct and ghost employment. Sergeant O’Neill resigned from the police department in July.

Mr. Buttigieg, who this week dropped out of the race for the Democratic presidential nomination, struggled to gain support from black voters in the primary. He left the campaign trail for several days after the shooting, and supported the appointment of a special prosecutor.

“Today’s findings show the importance of an outside and independent investigation in bringing information to light,” he said. “Our city and country face ongoing challenges in addressing the future of policing and confronting the pain and mistrust caused by systemic racism, and I will continue to work in our community to help build a future of greater justice, equality and safety.”