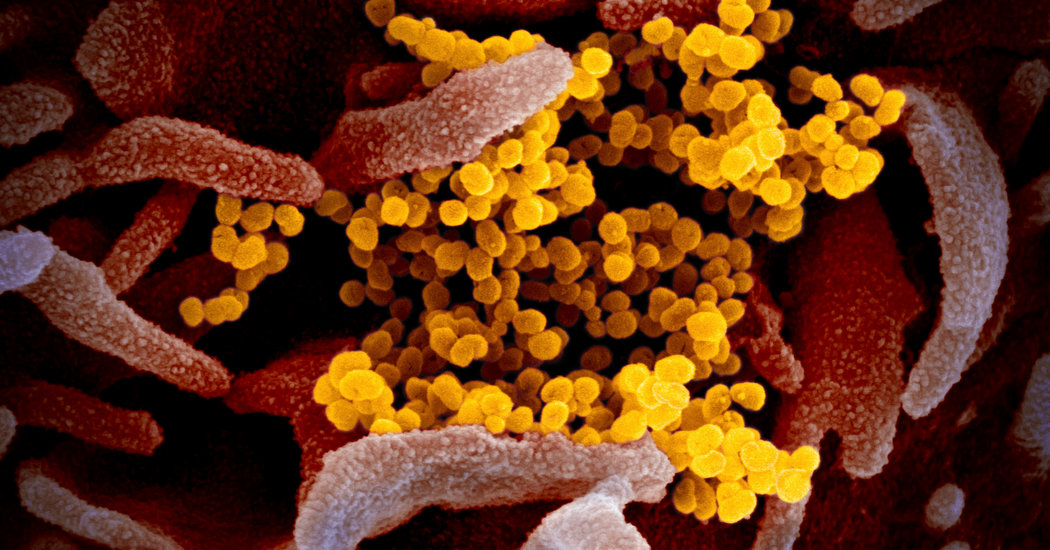 Boeing is up nearly 90 percent this week. American Airlines has jumped almost 50 percent. Carnival Corporation has soared nearly that much as well.

Wall Street has been in rally mode, as investors bid up shares of companies that were set to receive support from Washington’s $2 trillion coronavirus aid bill.

With the package advancing through the Senate, the gains continued on Thursday. The S&P 500 climbed 6.2 percent, even after the government reported a staggering jump in unemployment claims by workers.

As it has been all week, investors’ focus was on companies likely to get help from the spending plan that passed the Senate on Wednesday night. The House of Representatives and President Trump are expected to approve it.

Boeing rose nearly 14 percent on Thursday because the specifically sets aside $17 billion for “businesses critical to maintaining national security” — language that was seen as intended at least partly for the aircraft manufacturer and key Pentagon contractor.

Other companies that were hit hard in the early days of the coronavirus outbreak continued to soar. American and Delta Air Lines rose nearly 2 percent. Carnival was up about 14 percent.

The gains on Thursday also spread to Europe, with major benchmarks there reversing their losses to end the day sharply higher. The FTSE 100 in Britain climbed more than 2 percent.

The three-day rally has lifted the S&P 500 by more than 17 percent, its best such run since 1933, according to data from Howard Silverblatt, senior index analyst for S&P Dow Jones Indices. Most of those gains came on Tuesday, when stocks rose 9.4 percent, amid growing hope that the large stimulus package would offer support to an economy crippled by the outbreak and efforts to curtail the spread of the virus.

But the economic crisis is perhaps the most daunting since World War II. On Thursday, a government report showed a record rise in weekly applications for unemployment benefits, which jumped to nearly 3.3 million from 282,000 in a week.

Until now, the record occurred in the fall of 1982, when 695,000 Americans applied for benefits in one week. At that point, the United States was more than a year into a recession, and the unemployment rate had passed 10 percent.

The numbers, released by the Labor Department on Thursday, are some of the first hard data on the economic toll of the coronavirus pandemic, which has shut down whole sectors of American life.

General Motors said on Thursday it would suspend production at its North American factories indefinitely, lay off 6,500 salaried employees and cut executive pay, signaling that the automaker believes that coronavirus will take a serious toll on its business.

“We are actively monitoring the situation and the possible impact of the crisis on consumer demand,” a G.M. spokesman, David Barnas, said. “When we can safely resume production, we will.”

G.M. and other automakers shut down their North American plants in the last few days in an effort to prevent the spread of the virus. Most had hoped to restart production next week, but have now scaled back those plans.

Ford Motor aims to restart production at several plants across the United States on April 14, and a plant in Mexico on April 6. Fiat Chrysler said its plants would stay closed until April 14, “dependent upon the various state stay-in-place orders and the readiness of each facility to return to production.” Toyota Motor said its North American plants would remain closed until at least April 17.

The United Automobile Workers union has been pushing G.M., Ford and Fiat Chrysler to keep their plants closed.

“The only guideline in a boardroom should be management asking themselves, ‘Would I send my family — my son or my daughter — into the plant and be 100 percent certain they are safe,’” Rory Gamble, the union’s president, said in a statement.

Auto sales have plunged in the past week. On Wednesday, Group 1 Automotive, a large dealership chain, said it was laying off 3,000 employees in the United States and cutting its chief executive’s salary by 50 percent.

To cut costs, G.M. said it was suspending development work on some new models. Senior executives will take a pay cut of 5 percent or 10 percent, and defer 20 percent of their salaries to be paid at a later date. The 6,500 salaried put on furlough will receive 75 percent of their normal pay.

Here’s what you need to know about Washington’s spending package.

Lawmakers put some restrictions on the compensation of executives whose companies receive government assistance under the bill, in an effort to address one of the criticisms about bailouts of banks and other companies during the 2008 financial crisis. But the limits will not do away with multimillion-dollar paydays for corporate bosses.

Small businesses will get help paying workers, if they can wait.

The package includes more than $370 billion in much-needed help for small businesses. The bill will allow banks to lend directly to businesses, and those loans will be backed by the Small Business Administration.

Banks aren’t the focus, but they still get help.

The role of banks in the rescue bill is to provide much-needed capital to businesses and taxpayers. “This is all about preserving the incentives for banks to lend,” said Mike Mayo, who researches large banks for Wells Fargo.

The nearly 3.3 million new jobless claims filed last week dwarfed any previous weekly figure. Until now, the record occurred in the fall of 1982, when 695,000 Americans applied for benefits in one week. At that point, the United States was more than a year into a recession, and the unemployment rate had passed 10 percent.

In that case, the recession was caused not by a health crisis, but by a decision by political leaders and the Federal Reserve that raging inflation had to be shoved down, despite the cost to workers. The central bank sharply reduced the money supply while benchmark interest rates neared an astounding 20 percent.

Industries that relied heavily on borrowing like construction and manufacturing were hit hard. The jobless rate in construction reached 22 percent; among autoworkers, it was 24 percent.

Today, the circumstances are markedly different. Despite uneven rewards, the economy had achieved the longest expansion in history. The jobless rate had been below 4 percent for more than a year. A preoccupation of the Fed was raising the persistently low inflation rate toward 2 percent. Interest rates are near zero.

Efforts to slow the spread of the coronavirus meant the service industry bore the initial brunt of layoffs — workers at restaurants, bars, hotels, nail salons, gyms and more.

Boeing appeared poised to capitalize on the stimulus bill. The struggling aerospace giant, which had lobbied for government aid, signaled its approval of the bill on Wednesday night, though neither the federal government nor the company detailed exactly what it would receive.

Though Boeing was not named in the text of the bill, the inclusion of $17 billion in loans “for businesses critical to maintaining national security” is intended at least in part for Boeing. Besides being the largest manufacturing exporter in the United States and one of two major commercial airplane makers, Boeing is a major defense and space contractor, making systems for the military and NASA.

Boeing may also be eligible for funds from the larger $454 billion pool of loans. What’s not clear is exactly how much Boeing might receive, or on what terms. On Tuesday, Boeing’s chief executive, David Calhoun, suggested he was not interested in the government taking an equity stake in the company.

An F.A.Q. on the stimulus bill and your pocketbook.

How much money will individuals get — and how will it be distributed? How are unemployment benefits changing? Are gig workers included?

The Senate unanimously passed a $2 trillion economic stimulus plan on Wednesday that will offer assistance to tens of millions of American households affected by the coronavirus. Its components include payments to individuals, expanded unemployment coverage that includes the self-employed, loans for small businesses and nonprofit organizations, temporary changes to withdrawal rules from retirement accounts, and more.

The House of Representatives was expected to quickly take up the bill and pass it, sending it to President Trump for his signature.

Catch up: Here’s what else is happening today.