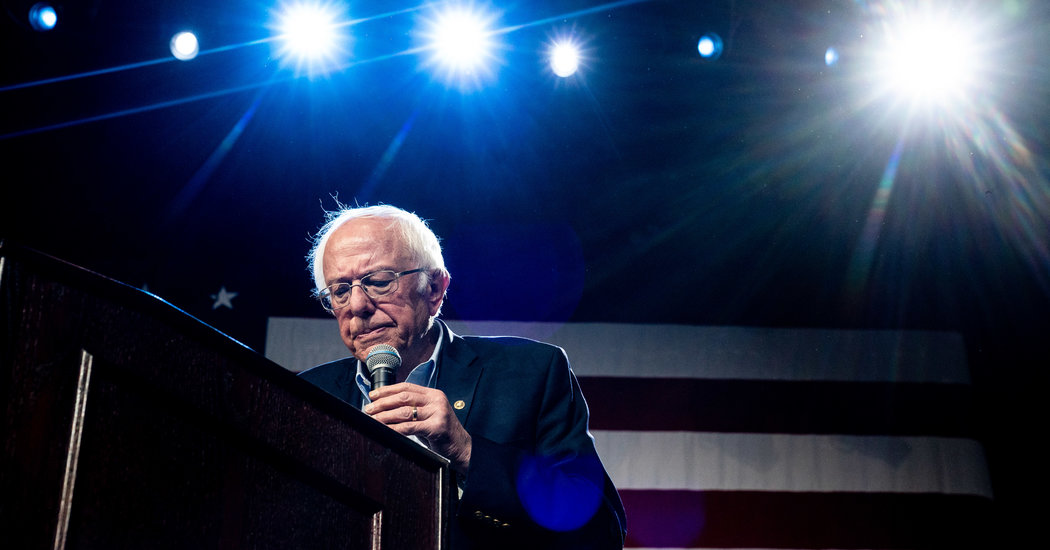 That was just a starting point, according to aides who went along on Mr. Sanders’s weeklong tour with the Democratic National Committee chairman, Tom Perez, in 2017. The morning before he was to arrive a hotel in Las Vegas, his staff summoned the hotel engineer to jury-rig the air-conditioner to the required temperature.

There was one more problem: Someone had to stay in the room to keep a motion sensor from kicking the thermostat back to 72 degrees. A representative of the Sanders team looked hopefully at a Perez aide, who declined to volunteer. (A Sanders spokesman did not deny the episode, but was skeptical anyone would be asked to do such a thing.)

Friends emphasize that Mr. Sanders does not demand star treatment (he routinely rejects upgrades from singles to suites, aides said). It is just that he craves peace and solitude, often to collect his thoughts and catalog them on his ever-present yellow legal pad.

The heart attack limited another form of relaxation: eating. Mr. Sanders has been trying to shift to berries, grains and smoothies, but he leans toward heartier stuff — spare ribs, steaks, cheesecake, fried chicken, fried rice, bacon and eggs. He proposed to his wife outside a Burlington Friendly’s after polishing off a hot fudge sundae.

Unwinding is not easy for Mr. Sanders under any circumstances, but he seems most likely to let his guard down around children. As he awaited the results of the New Hampshire primary, he wandered the halls of an airport hotel in Manchester with his grandchildren, a person on his staff said, introducing them to campaign aides and giving them a guided tour of vending machines and conference rooms.

Randy Bryce, a Sanders campaign surrogate from Wisconsin, remembered going on a campaign swing with Mr. Sanders in New Hampshire last year. He had brought his 13-year-old son, and the three of them, along with Mr. Sanders’s campaign manager, Faiz Shakir, grabbed lunch at a coffee shop.

At one point, Mr. Bryce got up; when he returned to the table, he saw Mr. Sanders smuggling chips to his son. “Don’t tell your dad I’m giving you all my chips,” Mr. Sanders said loud enough for Mr. Bryce to hear.