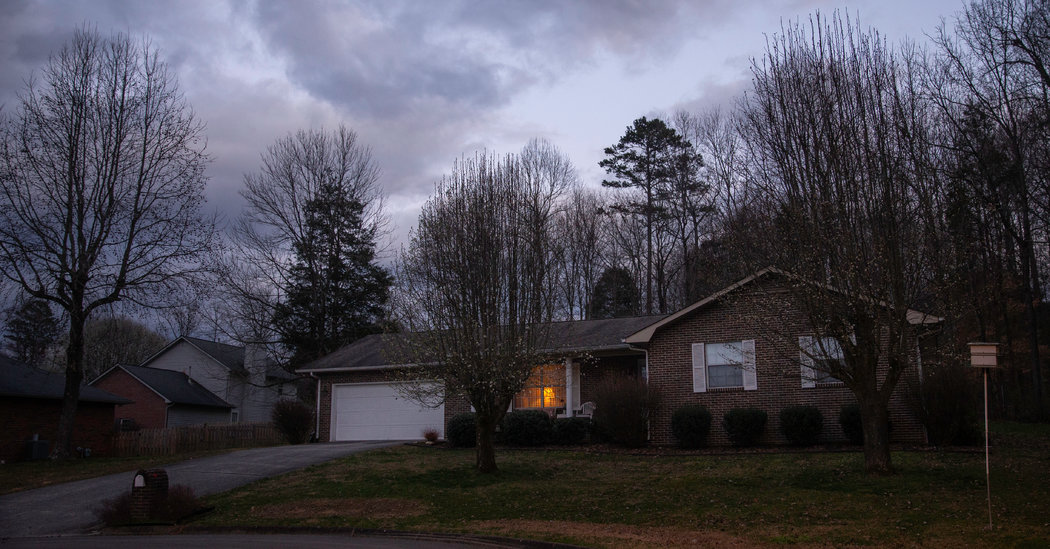 OAK RIDGE, Tenn. — It is perhaps fitting that the decades-long search for Nazi collaborators living on United States soil may have reached its conclusion — or something close to it — in a small city, in an unremarkable ranch house on an equally unremarkable cul-de-sac.

By many accounts, the man living inside that house was also seemingly unremarkable — not unlike the dozens of other under-the-radar Nazi collaborators who have been found and prosecuted over the last half-century.

The man, 94-year-old Friedrich Karl Berger, was ordered by a federal judge this week to return to Germany, where he remains a citizen and where he had served as a guard in a Nazi concentration camp during World War II.

Like in so many cases before his, the revelation that the friendly old man — a thoughtful father and husband who had raised his children in that house and had cared for his ailing wife until her death — came as a stunning surprise to his neighbors.

The revelations about his past, he said, “has not been circulated here.” But, he added, “It would be concerning to me to find out he had been involved in such things.”

Since 1979, the Justice Department has made a special point of hunting down collaborators in Nazi war crimes, with the intention of deporting them back to their home countries. But from the beginning, it has been a race against their natural life spans.

“We were told at that time to work as fast as you responsibly can because these people are old, and they’re dying,” said Eli Rosenbaum, recalling his mandate toward the beginning of his career as a Nazi hunter in 1980, soon after federal officials started their targeted hunt for such men.

Mr. Rosenbaum, a top official at the department’s Human Rights and Special Prosecution unit, was among those who tried the case against Mr. Berger. After a two-day trial in Memphis, an immigration judge issued the removal order against Mr. Berger, which officials announced on Thursday.

“Mr. Berger made his choice to enlist in 1943 in the German military,” Mr. Rosenbaum said in an interview on Friday.

Mr. Berger then made another choice, Mr. Rosenbaum said, to not request a transfer when he was assigned to a sub-camp overseeing prisoners in the Neuengamme concentration camp system near Meppen, Germany.

In a statement, another federal prosecutor, Brian A. Benczkowski, said that Mr. Berger was “part of the SS machinery of oppression that kept concentration camp prisoners in atrocious conditions of confinement.”

While Mr. Berger’s story is not quite over — he has 30 days to appeal the deportation order — federal prosecutors are “just about finished” with such Nazi-era cases, given the advanced ages of the suspects, Mr. Rosenbaum said.

And that means the likely end of a specific kind of high-stakes detective drama, heavy with the weight of history and horror — cases that played out over the years in the long shadow of World War II and the Holocaust, as collaborators were discovered and rooted out from often-cozy American existences that had normalized them and scrubbed them of their complicity.

The federal government has brought forward 133 such cases over the last four decades, and won 109 of them. In most of the others, Mr. Rosenbaum said, the suspects died or became medically incapacitated and were unable to stand trial before their cases were resolved.

The federal target list included well-known men like Valerian Trifa, the Romanian Orthodox archbishop accused of being a Nazi sympathizer, who left the United States in 1982 to avoid deportation. Arthur Rudolph, a developer of the Saturn 5 rocket for the federal space program, left the country in 1984 after the Justice Department accused him of “working thousands of slave laborers to death” in a German rocket factory during the war.

And then there were those who led much quieter lives, but for the accusations leveled against them, such as John Demjanjuk, a Cleveland autoworker who was accused of killing Jewish prisoners in three death camps. He was deported to Israel after being stripped of his citizenship in 1981. And Jakiw Palij, a former Nazi guard turned New York resident, was deported in 2018 at age 95. The authorities used a stretcher to wheel Mr. Palij out of his home in Queens and onto an air ambulance bound for Düsseldorf, Germany.

When he left Germany, Mr. Berger first moved to Canada before later settling in the United States, Mr. Rosenbaum said.

Neither Mr. Berger nor his lawyer could be reached for comment this week. But in a phone interview with The Washington Post, Mr. Berger, who had been a member of the German navy, said he was ordered to work in the camp. He described himself as a widower with two grandchildren who spent a career building wire-stripping machines.

“After 75 years, this is ridiculous. I cannot believe it,” he said. “I cannot understand how this can happen in a country like this. You’re forcing me out of my home.”

A photograph of Mr. Berger in a local newspaper, published in 2012, shows him in a Tyrolean hat and khaki pants, smiling and dancing with a woman during a concert at a public market.

In interviews on Friday, some neighbors said they were surprised and saddened to learn that Mr. Berger was being deported. He had been a friendly presence who was “proud to live in the United States,” said one neighbor, who lived across the street from Mr. Berger for nearly 30 years and came to know him and he wife fairly well.

The woman declined to be identified, afraid of drawing attention to herself and concerned about saying anything that might hurt any effort to keep Mr. Berger in the country, but she said she understood that “what he did was not good.”

“I know bits and pieces,” she added, noting she had some limited conversations with Mr. Berger. “He didn’t realize the extent of what was happening when he was there,” she said of his time stationed at the camp, adding that he had told her that he quickly sought to be reassigned elsewhere.

Prosecutors have no evidence of Mr. Berger lying about his work in the concentration camp. And when he arrived in 1959, Mr. Rosenbaum said, the United States had allowed postwar rules banning the entrance of participants in Nazi-sponsored persecution to sunset, as the nation grew more concerned about the infiltration of communists.

But with the 1970s came stories in the news media about Nazi war criminals living in America, and the 1978 Holtzman Amendment to the Immigration and Nationality Act, which deemed “deportable” anyone who participated in Nazi-sponsored persecution.

The judge, in her opinion, found Mr. Berger removable under the act for his “willing service as an armed guard of prisoners at a concentration camp where persecution took place.”

Her decision was the culmination of a multiyear investigation that was aided by a kind of miracle: a set of SS cards that identified guards in the Neuengamme camps, discovered in 1950 in a German ship that had been sunk by the Allies five years earlier. One of the cards identified Mr. Berger.

“What are the odds of this one card surviving intact after being in the Baltic Sea after five years?” Mr. Rosenbaum said.

Oak Ridge, Tenn., where Mr. Berger has lived for decades, was almost entirely constructed around the United States’ bomb-building efforts during World War II, becoming the administrative and military headquarters for the Manhattan Project, the effort to build the first nuclear weapons. It remains home to the Oak Ridge National Laboratory, a federally funded research center.

But even here, the living links to the World War II era are fading.

Mira Ryczke Kimmelman, a Holocaust survivor who lived in Oak Ridge and became well known in the area, died almost a year ago. She spoke at schools, churches and local gatherings, letting students see and touch the blue number that had been tattooed on her arm. “There’s never a question I won’t answer,” Ms. Kimmelman said, according to The Knoxville News Sentinel.

Devora Fish, the director of education for the Tennessee Holocaust Commission, said prosecutions like those of Mr. Berger help ensure that the sins of the past will not be forgotten.