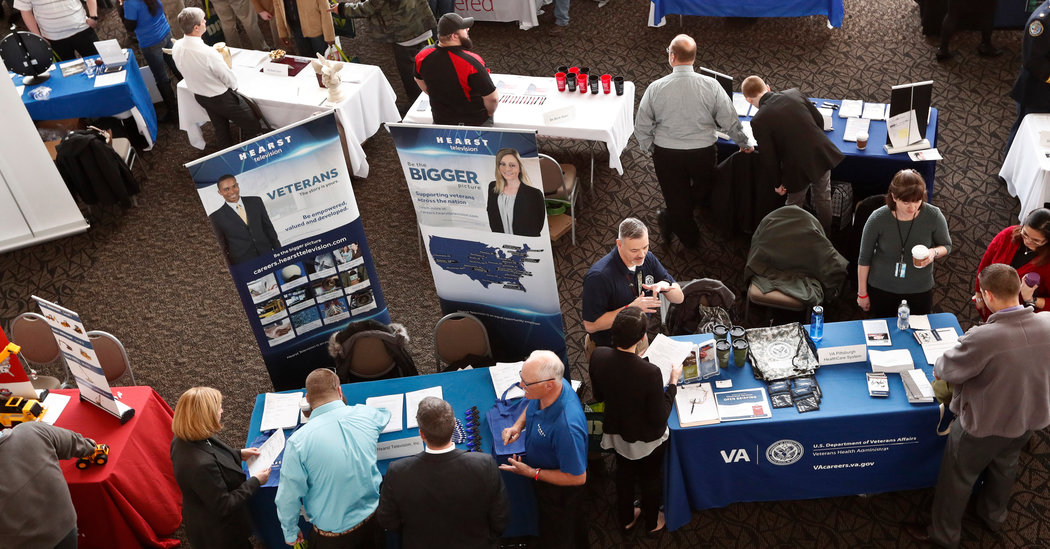 Veterans, particularly those without college degrees, are often pushed toward low-skill jobs even though their training and the culture of the military might well translate into other types of positions. A clear pipeline to those jobs, however, does not exist for veterans.

“The employers are saying ‘It’s not our job to train them,’” said Joan Lynch, the chief content and programming officer at WorkingNation, a nonprofit campaign that focuses on labor in the United States. “So whose job is it to train veterans for the work force? The military? No; they teach them to defend our nation. Employers aren’t doing it, either.”

Many jobs require licenses and training for skills that veterans learned in combat, particularly in health care. Many veterans who acquired deep knowledge and specialized emergency response techniques, for example, would have no immediate access to the long credentialing process to become a physician assistant.

Ms. Lynch said she had encountered many returning medics who were unable to immediately translate their skills into jobs — even when they had privately tutored medical residents on skills like suturing — because they lacked a license. At the same time, those extensive experiences may not apply in other, often lower-wage jobs for which they are vastly overqualified.

“These people have about $1 million of training that the government has put into them,” Ms. Lynch said. “But they don’t have one credit toward a professional degree, and they end up being turned down for jobs delivering dry cleaning. It breaks your heart.”

Under the most recent Defense Department budget bill, Congress authorized the military to conduct a pilot program to assess a possible partnership among Special Operations forces, colleges and health care systems in which veterans can earn credit toward a master’s degree in physician assistant studies for their military operational work and medic training.